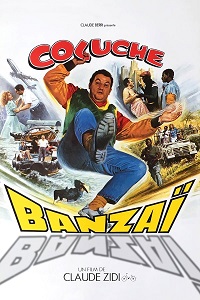 IMDB: 5.9
ფილმის აღწერა
Michel works there manically solving people's problems over the phone. He is about to tie the knot with his girl friend Isabelle, an airline hostess. She flies all over the world, he hates to leave the office. A series of madcap mishaps involving theft or injury (as you would expect in his line of work) ensues after Michel promises Isabelle nothing will delay their marriage and she promises in turn that she's done flying. Once this unlikely promise is made, it becomes premise and both are forced into escalating white lies to maintain the appearance of keeping their word. Their predicament mounts as Isabelle is forced to do a few more flights, while Michel is compelled to travel to New York, Tunisia, and finally Hong Kong, where they are finally reunited in the throes of a contrived and hilarious drug deal involving a 747, water taxi chases, and martial artsшаблоны для dle 11.2
ასევე გირჩევთ:
God of War III (+RPCS3) | Repack by Gnarly
Grand Theft Auto V Redux / GTA V Redux (მოდიფიცირებული) | Repack by DODI
MX vs ATV: All Out | Repack By xatab
ყველაფერი რაც გვაქვს (ქართულად) / yvelaferi rac gvaqvs (qartulad) / All We Had
Scrap Mechanic | Early Access